We are almost there. In only a few days, on the 12th September 2018, new generation ultra realistic racing simulator game will be released for public. Kunos Simulazioni will allow users to play the Early Access of the Assetto Corsa Competizione game – the Official Blancpain GT series racing game.

The big change, for many people a huge dissapointment, is the lack of different racing classes and cars. This game is an Official Blancpain GT series racing game. That means, there will be only GT3 racing cars. No Formula 1, LMP 1, or any other cars to drive here.

But that could be a good thing too – Kunos Simulazioni will try to make the game more focused, which should improve realism. It means more time and resources for developers to create detailed mathematical models of tires, realistic physics model, use a proper aero map, create realistic enviroments and weather. 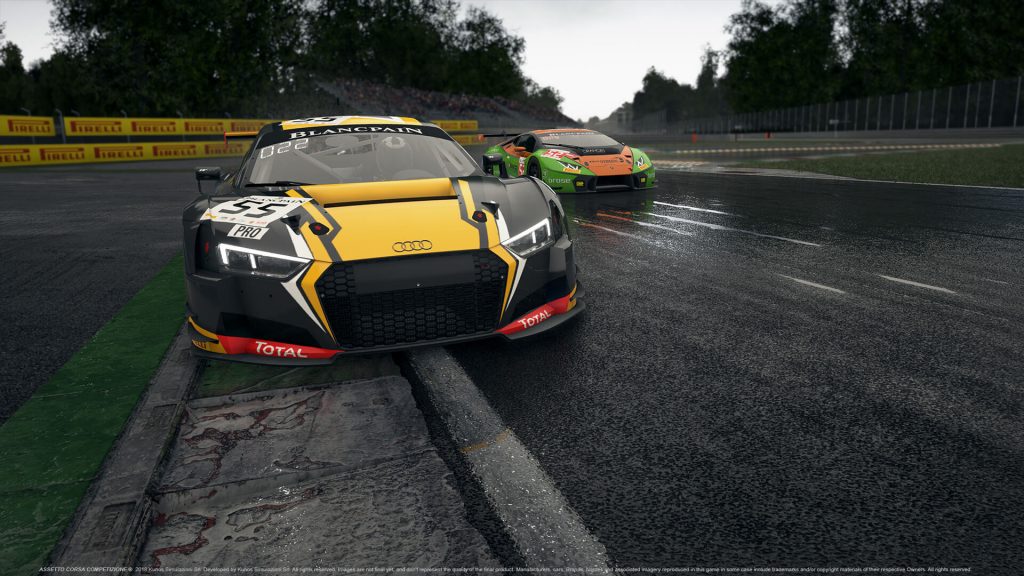 With the official licence, youll experience the real atmosphere of the FIA ​​GT3 homologated championship. Competing against official drivers, teams, cars and circuits, reproduced with the highest level of accuracy ever achieved. Sprint and Endurance races will come to life with an incredible level of realism, in both single and multiplayer modes.

We will speak about the different areas of the game in more indepth articles later. And of course, we will review the game with our Direct Drive Steering Wheel OSW and the Heusinkveld Ultimate pedals.

There will be limited amount of content at the beginning, but the developers will update the game on already pre-announced dates. The Early Access Release 1 will feature only the Lamborghini Huracan GT3 race car and the Nurburgring GP circuit.

As you can see on the picture above, the early adopters of the new game will be rewarded with a heavily discounted price, a big reward the loyal fanbase of the title. With monthly updates, features and new content planned right the way through to early 2019 prior to a full launch, the game will steadily rise in price up to the final retail cost in Q1 2019.

On the 14th November, the price of the game will increase to 34,99. You will be able o access the Bentley Continental GT3 and BMW M6 GT3. As well 2 new tracks, the Misano World Circuit and Circuit de Paul Ricard.

Since Release 5 you will need to pay the full price. Ferrari 488 GT3 and the Emil Frey Jaguar GT3 will add up to the previous 4 cars. 2 new tracks – Hungaroring and Zolder.

Release 6 will add up the Honda Acura NSX GT3 and the Monza Eni Circuit.

After you buy the Early Access, you get all the updates for free.

Why did Kunos Simulazioni release an Early Access version of the game?

To release Assetto Corsa Competizione in this fashion has many advantages for both, you and developers as well. You can enjoy the game much sooner and witness the development and evolution of ACC. Developers get the opportunity to collect the feedback and impressions from a much bigger testing team that they could organise in private.

The cornerstone of every Sim Racing Game – the Physics Engine. Can we enjoy it since Release 1?

Even if many features and content will not be available in the EA, the physics, according to Kunos Simulazioni developers, is almost ready. And the physics is one of the biggest selling points of the game, as its the most important part of any racing simulator. There will be of course some fine tuning depending on the feedback, but its almost there.

What can shop.gperformance.eu do for you? To be able to enjoy the game to its fullest and take advantage of the improved physics, you will need professional sim racing equipment. The Direct Drive Steering Wheel OSW  is the basis for realistic and immersive driving experience, and the Heusinkveld Sim Pedals Ultimate round up the overall package. 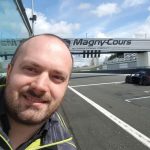 G-Performance's owner, has always been a dedicated fan of all types of Motorsport and has himself worked for the several well-known race car manufacturers. Miroslav has also been a dedicated sim racer which inspired him to begin working in sim racing engineering too.