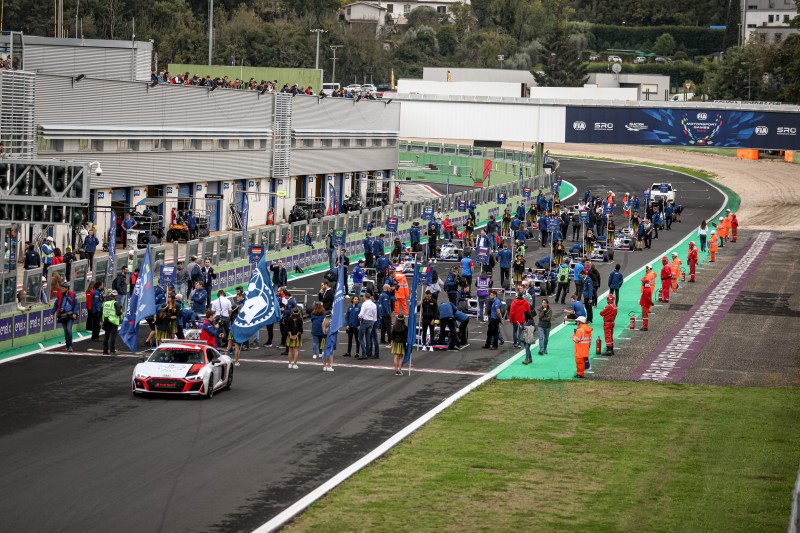 FIA Motorsport Games is quite a new motorsport event taking place at the circuit of Vallelunga nearby Rome. It is also well known as Olympic games of motorsport. What to expect of this year’s edition?

This event is exceptional because the racers don’t represent their teams but countries instead. FIA Motorsport Games 2019 takes place November 1-3, 2019, in many categories – GT Cup, Touring Car Cup, Formula 4 Cup, Drifting Cup, Karting Slalom Cup and last, but not least very attractive Digital Cup. To make it short – this is the pleasure for every racer and fan.

One of the most popular categories is the GT Cup, where start many famous racers. The list of all the participants is to be found at their website.

At the starting line of GT Cup there are up to 18 racers, active regularly in GT Blancpain Series. Russia will be represented by Rinat Salikhov and Denis Bulatov with Ferrari 488 GT3; France will be represented by an outstanding team of Jean-Luc Beaubelique and Jim Pla with Mercedes-AMG GT3. From Blancpain series we should expect the racers as Louis Machiels, Miguel Ramos, Jens Reno Møller, Andrzej Lewandowski and some more famous names. There is so much to see!

The program is really catchy; at one day there are several races in particular categories; in between there are the qualifications. Be ready for a great portion of fun and action. The program of event is to be found at the official web of FIA Motorsport Games.

There is a reason for the event of FIA Motorsport Games to have the nickname „Olympic games of motorsport“. It also includes the opening ceremony, exactly as with the real Olympic games. This one took place on October 31 and its central part was the parade of race cars through the historical city of Rome.

An exciting part of the FIA Motorsport Games 2019 is the category Digital Cup. As the name reveals, the racers compete in race simulators. Organizers decided to make this category a professional one, with the same rules as with the „real life“ categories. No wonder, Digital Cup is in high demand – there are racers from 16 world countries competing. We should mention, that these are the famous names of sim racing, majority of them race the Gran Turismo Championships, certified by FIA.

If you by any chance have missed the FIA Motorsport Games, no worries. You can experience it also at home. All you need is a professional race simulator that you can set up from the products in our shop. With good training, there is an opportunity arising, you could participate in the next Digital Cup as the racer representing your country!