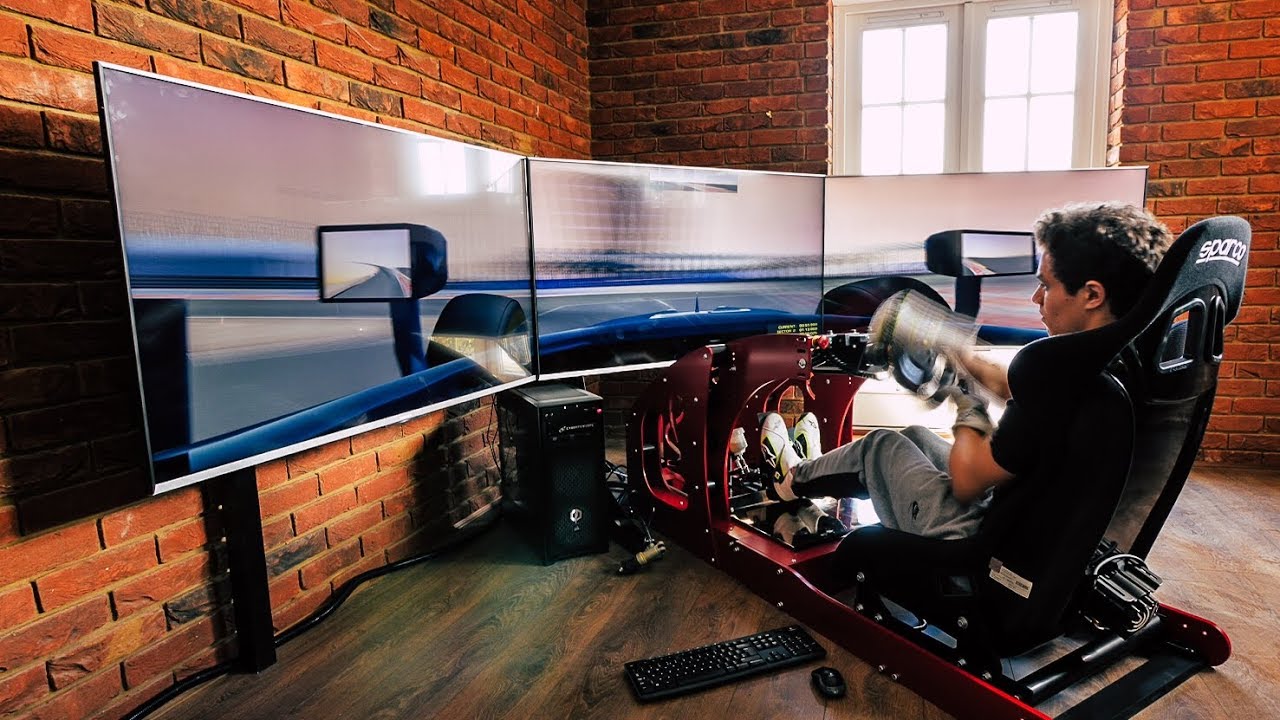 19-year-old drive for McLaren experienced his Formula 1 premiere only this year, at the Australian Grand Prix. He had never raced on the Australian circuit and had had gained all his experience during trainings in his top simulator…

Drivers can rely fully on the fact that all the learned maneuvers, brake and acceleration timing and cornering can be used in real race. Lando Norris himself confirmed that the driving feeling in his racing simulator is as close to reality as it can be. Simulator software is one thing, but hardware is also an important part. Exactly at its set-up took Lando extra care when building his simulator and the result is worth it!

Lando Norris used on his simulator the best parts available. The steering wheel, pedals, seat and screens in the set are positioned to faithfully mimic the cockpit of a real Formula 1 open-wheel car. Lando’s simulator is equipped with five screens, a Cube Controls Formula Pro wheel (which, by the way, is available in our e-shop), gas and brake pedal, the hydraulic brake pedal requiring a force similar to that of the actual formula.

Lando is also fond of a steering engine whose feedback is virtually the same as feedback from Formula 1 open-wheel car. This is yet another proof that racing simulators can serve as a full-value tool for strategy training and testing formula’s set-up.

We admire Land Norris’ perfect simulator and wish him much success in the future. If you’d like to have a similarly good simulator at home, you can! Just visit our e-shop and choose all necessary parts…